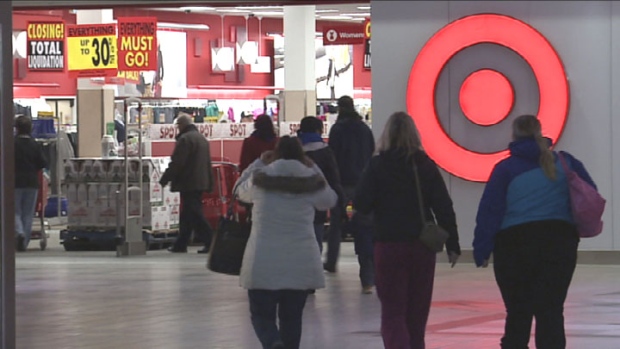 It’s not enough to engage employees in problem solving; management must be willing to explore their suggestions for improvement and be willing to change.

We’ve all read the stories about the demise of Target Canada and all of the reasons why the “experts” believe it failed. But let me give you a different perspective about what possibly went wrong because I believe that there is an underlining story that’s not been told. It is not about what management should or shouldn’t have done. Rather, it is about management’s ‘know it all’ attitude and what the employees could possibly have contributed had the organization found ways to engage employees to solve problems and contribute to the decision-making process.

First we should be asking:

Regrettably, from the store employees as well as store managers I spoke with, store employees found out about the store closings through the media; they were not engaged in problem solving or given opportunities to turn things around.

What Could Have Been Done?

I can’t say that I could have saved Target Canada but I do know that through employee engagement, they might have found some solutions to their problems, which could possibly have turned their situation around for the better if they chose to implement them. The best way of illustrating how to do this is through an example. Let me tell you about another International retailer I worked with who tried valiantly to save their stores in Canada. Through employee engagement they were able to find solutions for declining sales.

Bata is a family-owned global footwear and fashion accessory manufacturer and retailer. With a retail presence in over 70 countries and production facilities around the world, they were finding that their sales in Canada in the early 2000’s were declining and customer retention was poor. So they brought us in to work with the District Managers in early 2003 to identify opportunities to turn things around.

After analysing the situation, we recommended that they modify their approach. Rather than working with just the District Managers, we felt that it would be most effective to engage the store employees and store managers in problem solving and innovation because they were more directly involved with the customers. In fact, they had a lot of ideas on how to turn around their stores.

We started with the District Managers (DMs); they were to take our process into their stores to identify additional opportunities. We identified that there were lots of issues around how these DMs worked with their Store Managers. Their leadership and managerial capabilities were in question and this needed to be strengthened if they were going to be able to engage their Store Managers and their employees through our Innovation Process.

We launched the District Manager process with a 360-degree feedback of their performance. This would help us to understand the extent to which they managed and engaged their Store Managers and employees. The results were revealing; indicating that there was a big problem between district managers and their store employees. We received emails and calls from many of the Store Managers who had been asked to complete an assessment of their District Manager. Some of their feedback included:

Some would say “it’s the culture” or “it’s the way we’ve always been” but it is the people in an organization that create and sustain its corporate culture of innovation. Senior management still have the power and responsibility to sustain or change the culture through their management approach.

The District Managers were behaving in a manner which was in keeping with their own manager’s style and this behaviour was filtering downwards. Re-shaping their culture was beyond our mandate but had to be considered during the operational phase of the innovation process.

When I think of culture I relate our behaviours to that of when we were first hired into a job. We often hated our “boss”. We swore we’d never be like them. And then we became a “boss” and we treated our own employees not much differently than the way we were treated. Why? Because we forgot what it was to be an employee; we use the excuse that our employees are different than we were when we were employees. There’s too much pressure on us, etc. But these are excuses. Successful leadership is simply accomplishing what you need to accomplish through others. Unsuccessful leadership is doing the work that employees should be doing or abdicating responsibility.

We analyzed the results of the assessments and then organized a 3-day retreat for the District Managers. We launched the retreat with:

360-Degree Feedback
We started the retreat with a full report of the 360-degree assessment review we had conducted. The District Managers were engaged and expressed surprise; it had a profound impact on them. This created the catalyst necessary to work together with their store managers more effectively than ever before. They realized they had to move forward if they were to save the stores and ultimately their jobs.

Developing the Innovations
We then moved into the Innovation Process. There were 50 DMs in the room; we organized them into 8 teams. Each team explored the issues, concerns and challenges of why sales were declining, why customer retention was low, etc. They identified the root causes of each these issues, concerns and challenges. This created the business case for innovation.

The teams started the innovation process by describing the “ideal” outcomes. This included identifying what the future might look like, if everything they hoped and dreamed of came to reality. They brainstormed what they would have to do to reach this future. The ideas, the creativity poured out quickly.

Overcoming Barriers to a Successful Launch
Then we identified what might prevent success and how to overcome these so they could realize these opportunities. They developed these innovations into presentations to be given to the full group.

All of the teams listened, questioned, challenged and refined these opportunities. They used an evaluation process to select the innovations they believe had the greatest potential of realizing the outcomes included in their business case. They identified the potential impact each innovation would have on the organization.

Members of the teams were switched. This added new life to each team. Each team selected the high potential (from the evaluation process) innovations. Some of them were taken by more than one team. That was OK. The same innovation explored by different groups will often have different approaches which can be combined into one operational plan.

It was exciting; the DMs were anxious to present their innovations to the leadership team. They spent time to create formal presentations. Each presentation included the identification of their issue/challenge, the steps they took to create their innovation and the actions required for a successful launch. Upon approval by the management team, these plans would become strategies for all districts and across all operations in the country.

Then something happened, something terrible. What happened? Nothing happened at all. The Bata Canada leadership didn’t act on any of the innovations. In fact, they took no action at all. You see, it wasn’t their idea, it was from their employees. So, either they didn’t have confidence in the recommendations or they weren’t interested. The cultural challenges we had identified through the 360-degree assessments had been driven by the leadership team. The DMs saw the need for change and thought they could convince the leadership to do the same. After all, it was their jobs that were also at risk. So, unfortunately, the Canadian company folded; they closed all stores in Canada even though it was preventable; largely because of leadership’s resistance to believe in their employees and have confidence in their proposed solutions.

I look at Target Canada and see the same failure of leadership and even worse; it would seem that they didn’t even bother to involve their employees or engage employees to solve problems. They failed to talk to them, get ideas from them, or engage them through an innovation process to seek solutions. Perhaps they believed that as management, they should have the answers – but of course they didn’t and the cost has been huge.

What Can You Do?

You don’t have to be a retailer. You can be in manufacturing, mining, oil & gas or even government; it really doesn’t matter. Engage your employees in problem solving to find viable ways to change and improve. It’s not about making employees feel involved; it’s actually consulting and involving employees to solve problems. Explore their ideas and take them seriously. The result is more informed leaders, more engaged employees, and ultimately better decisions for a stronger business. One approach when grappling with a serious business problem is to have employees work through an innovation process that generates solutions. Then have the faith to allow them to implement viable solutions for a positive outcome. It will help get you to the next level.

Michael Stanleigh, CMC, CSP, CSM is the CEO of Business Improvement Architects. He works with leaders and their teams around the world to improve organizational performance by helping them to define their strategic direction, increase leadership performance, create cultures that drive innovation and improve project and quality management. Michael’s experience spans public and private sector organizations in over 20 different countries. He also delivers presentations to businesses and conferences throughout the world. In addition to his consulting practice and global speaking he has been featured and published in over 500 different magazines and industry publications.

For more information about this article you may contact Michael Stanleigh at mstanleigh@bia.ca

Why Mindfulness is Gaining Popularity in Our Frantic World

The practice of mindfulness meditation is gaining popularity in the business world. It's gained interest…

Categories
Permissions
Permission to reprint articles by Business Improvement Architects is hereby given to all print and electronic media at no charge and is granted with the agreement that the web site address www.bia.ca be included following each article used. One copy of the publication in which the article is published must be sent to Business Improvement Architects.
Recent Posts
Success Store
Get in contact!
A NOTICE REGARDING COVID-19
We are offering our training, consulting and coaching services virtually at this time.
Michael Stanleigh
1.416.301.1051
mstanleigh@bia.ca
Sally Stanleigh
1.416.301.7281
sstanleigh@bia.ca