As you know, the rate of change is increasing as technological advances sparked by innovation create new and better products.  These four new innovations have broad application and an ability to truly transform our lives. 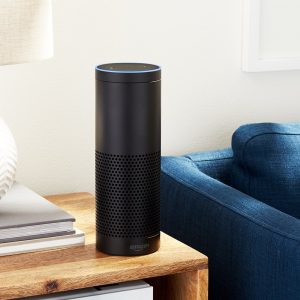 n’s new Alexa artificial intelligence software is being used in various Amazon devices under it’s “Echo” line.  These devices, which are already on the market in the USA, are controlled with a user’s voice and able to respond to your questions, play music, set timers and do lots of other useful stuff to make your life easier.  This technology is a real human helper.  For example, if you’re in the middle of cooking, and have your hands covered in flour, you can give it voice instructions to make a call for you, send a text and so on.  Or, you can ask it for information, to play music or check the recipe.

The Alexa-powered Echo speakers make Alexa devices more attractive for everyday consumers than smart home products.  Together with the Alexa Skills Kit it lets you teach Alexa new skills. Skills are voice-driven capabilities that enhance the functionality of an Alexa device. For example, you can enable skills that allow your device to play math and trivia games with you or tell you about upcoming concerts in your city.

Lots of third-party gadget makers are adding Alexa to their gear. From walkie talkies to watches, you can take Alexa with you wherever you go — even if it’s just into another room. Here are some of applications for Alexa at the moment:

The auto industry is adding Amazon Alexa to its cars. Ford is in final testing with three of its models and hopes to add Alexa to their SYNC platform by the end of the year. The Ford Focus Electric, Fusion Energi, and C-Max Energi will be able to do everything from play your favorite music to crank up your thermostat with the push of a steering wheel button and a voice command. BMW and Genesis (Hyundai’s luxury brand) vehicles are following suit. The companies have also announced that they are getting the Amazon-linked technology.

The Martian mVoice line of smartwatches have analog looks but digital smarts, connecting wearers to Amazon’s digital assistant technology. Starting at under $300 the watches come with access to Alexa’s 5,000 skills right out of the box. 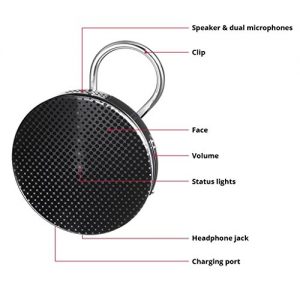 As we already know, smartphones are incredibly convenient — until you need to pick one up and tap at a bunch of tiny icons just to send a quick communique to a friend or co-worker. Orion Labs “Onyx,” is a circular wearable that will latch onto your clothing and put communication within easy reach. It works similarly to a walkie-talkie, but unlike a walkie-talkie, it offers unlimited range and channels for communication. Therefore, it can pair with your iOS or Android device and allow you to send messages in real time from one Onyx to another over any distance and talk to someone anywhere that your phone can connect to the internet. Tapping on it will let Onyx perform any Alexa-linked skill that Echos can do, minus playing music (because it wasn’t designed to be a speaker). The Amazon integration will be enabled in the first quarter of 2017, but the device itself is available now.

The advent of 3D printing is a huge innovation that will affect almost every industry from manufacturing to healthcare, food, and retail. 3D printing will bring in a new dimension to manufacturing and enable manufacturers to move away from mass production to production of products that are customized to suit each customer’s needs. Consumers will also start using 3D printing to create their own unique products.

Tech writer, Lindsay Gilpin says, “Mass production is the biggest challenge in 3D printing, but with the adoption of large scale printers and rapidly evolving technology to produce replacement parts faster, the printers will completely disrupt traditional manufacturing in many industries.”

Environmentally conscious people are also excited about 3D printing. Whereas traditional manufacturing is dirty and wasteful, 3D printing is clean and precise. There are fewer wasted materials, less product transport, fewer unsold products and the possibility of longer life spans.

Printing custom parts is one of the great benefits of 3D printing. It has great potential for every area; from medicine to military to manufacturing. Imagine having a 3D printer on hand to print a custom part for a truck, military vehicle or any machine a business needs to fix to function. 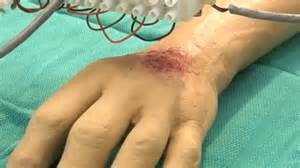 There are already plenty of stories about 3D printing being used to print prosthetic devices, surgical models, and even living tissue.  In fact, recently, I watched a television interview about a NASA project that will take 3D printers into space to undertake medical procedures using 3D printed medical devices.  The potential is great but there are still ethical considerations and much education necessary that is permeating the healthcare field regarding 3D printing applications. 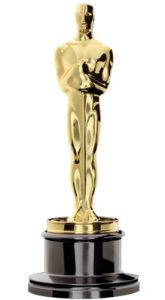 Since 2015, 3D scanning and 3D printing has changed the production of the coveted Oscar statue of the American Actor’s Guild famous award.  Designers shaped a new model of the award by merging 3D scans of the original 1929 trophy with the ‘modern’ design that has soft, subtle differences.  Now, a wax Oscar is created from 3D Printing and gets dipped in ceramic, which is fired at 1600 degrees F to make a mold.  After this, molten bronze is poured into the ceramic and left to cool overnight.  3D printing is a key step in the process that helps to maintain the prestige, and returns to the lost-wax method of casting that has been around since the Copper Age, around 4500-3500 BC. 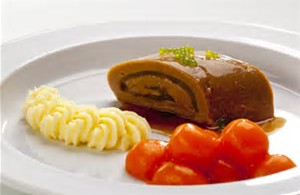 In the original TV series, Star Trek, there was a machine called a “Replicator” capable of creating (and recycling) objects and synthesizing meals on demand.  Today, a 3D printer is striving to achieve this possibility and, in some places, being adopted.  Some German nursing homes are already serving a food product from Biozoon called “Smoothfoods” to elderly residents who have difficult chewing. Purees, the conventional alternative, typically aren’t very appetizing, which sometimes leads to under eating.  The tastier Smoothfoods—made of mashed carrots, peas, and broccoli, which 3D printers congealed with edible glue—are already a hit; 1000 of the countries now serve them daily. 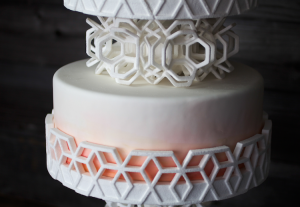 On the other side of the gastronomic spectrum, 3D food printers are starting to make inroads into gourmet spaces.  The Culinary Institute of America has introduced a fellowship and internship program with 3D Systems, maker of the ChefJet at the company’s headquarters in Los Angeles, to begin beta testing with ChefJet to create culinary creations that chefs would not currently be able to create or that saves bakers time.

Another application for 3D food printing is to eliminate waste and provide food to the masses. Theoretically, food printers could use unpalatable but plentiful ingredients such as algae, duckweed, and grass, to form the basis of familiar dishes.

While there is much to be worked out that will take years and years of consumer education and technological advancements to perfect, 3D printing of food is plausible and will eventually change the nature of the food industry and the marketplace. 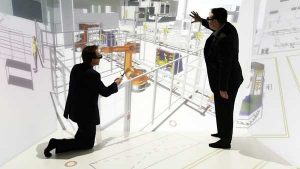 Technology brings with it new challenges.  How do we move away from well established paradigms?  The first television shows were simply radio shows put onto the TV.  The first on-line newspapers kept the same format as the paper version.  Now we’re moving into a world where Virtual Reality (VR) is going to impact us in ways never imagined.  You will be able to join a business colleague in Singapore while you work from your office in San Francisco.  It will seem “real”.  You will see and interact with them as though you were present in their office.  Aside from business applications, VR will change the entertainment industry by creating immersive experiences for film, gaming and training.

Imagine a giant video wall made entirely of glass.  Corning has developed this and expect it will provide businesses with the ability to view multiple TV monitors, seamlessly, to watch multiple television channels, security cameras, internet searches and so on.  This glass wall will be controlled by a touch­pad that allows you to change channels, screens, control lights, thermostats, browse the web and so on.  Retailers will use the glass wall to provide shoppers the opportunity to use a touch­pad to browse products, make selections, modify selections, order and pay.  Corning is also working on a new glass product called “Willow” that is thinner than a sheet of paper.  Other companies, including Google, are also working on glass technology.

At present, printing images onto glass is already a reality and is taking the interior design industry by storm because it allows a cost-effective way to display large format photos.

The surge in technological innovation is incredible; with the power to transform our lives in ways we could not have thought possible even just a few years ago, so it’s exciting to ponder how these innovations will open new opportunities for our businesses to grow and improve.  Conversely, it’s important to stay abreast of new innovations to guarantee our relevance in the marketplace.

Michael Stanleigh, CMC, CSP, CSM is the CEO of Business Improvement Architects. He works with leaders and their teams around the world to improve organizational performance by helping them to define their strategic direction, increase leadership performance, create cultures that drive innovation and improve project and quality management. Michael’s experience spans public and private sector organizations in over 20 different countries. He also delivers presentations to businesses and conferences throughout the world. In addition to his consulting practice and global speaking he has been featured and published in over 500 different magazines and industry publications.

For more information about this article you may contact Michael Stanleigh at mstanleigh@bia.ca

Get enough sleep. If necessary, use an alarm clock to remind you to go to…

How many of us experience crazy days? You know, those days when you are working…

Categories
Permissions
Permission to reprint articles by Business Improvement Architects is hereby given to all print and electronic media at no charge and is granted with the agreement that the web site address www.bia.ca be included following each article used. One copy of the publication in which the article is published must be sent to Business Improvement Architects.
Recent Posts
Success Store
Get in contact!
Michael Stanleigh
1.416.301.1051
mstanleigh@bia.ca
Sally Stanleigh
1.416.301.7281
sstanleigh@bia.ca